Overcoming the lasting side effects of breast cancer 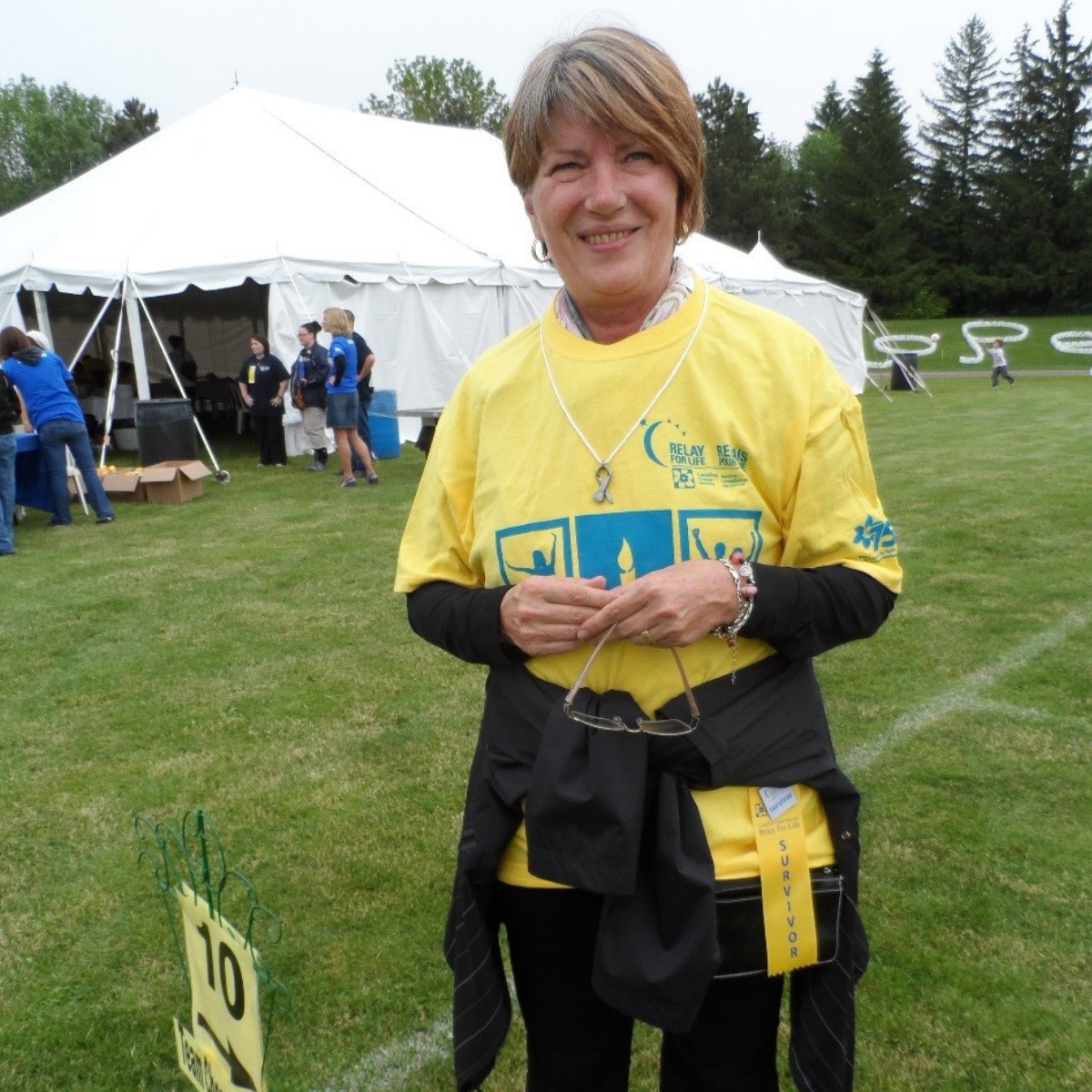 Wendie Hayes of Stoney Creek Mountain, Ontario was diagnosed in 2011 with triple negative metaplastic phyllodes breast cancer at the age of 55 after she discovered a lump in her left breast.  Her cancer is a rare type, affecting less than one percent of breast cancer patients, so it took some time to get the right diagnosis.  Even so, she was prepared for side effects from chemotherapy but didn’t expect the anxiety, depression and cancer-related brain fog to last years after treatment ended.

She was given three rounds of chemotherapy, but the tumour was still growing, so the chemotherapy was stopped.  In December 2011, she had a left breast mastectomy, followed by a second surgery in February 2012 to test her underarm lymph nodes for cancer.  In April 2012, she started radiation therapy.

“My whole life changed because of the brain fog and memory loss,” says Wendie.  She used to be able to handle multiple tasks at the same time at her job.   Now with difficulty focusing on even a single task and to think of simple words she wants to say, she has not been able to continue working.  Past loves like reading became difficult because she couldn’t follow the story line.

During treatment, she was isolated outside of hospital visits and developed agoraphobia.  Now knowing that the sudden bursts of anxiety and nausea is a side effect of this, she has developed some coping skills but finds that some large crowds of people and noise levels can trigger episodes.

Depression is also a lingering side effect that first appeared after cancer treatment ended.  “When you’re fighting for your life during treatment, that takes priority,” says Wendie.  However, when the busy treatment schedule ended, “Cancer started to play on my mind.”  To cope, Wendie tries to keep busy and active and not dwell on these difficulties and has been prescribed a low-dose antidepressant to help alleviate these symptoms.  “Don’t be too proud to ask for help,” she says.

For six months after surgery, Wendie couldn’t use her arm properly.  She had a frozen shoulder and lymphedema, for which she had physiotherapy, lymphedema massage, and gentle yoga, and she exercised with stretch bands to help strengthen the weakened areas.  Six years out she still has issues with the left arm.

Other side effects of treatment included broken nails and loss of all her hair, including nose hair and ear hair.  “My nose was always dripping and sounds were amplified,” says Wendie.

She also suffers from sleep disturbances.  “It’s rare to have a full night’s sleep now,” she says.

Wendie says her body image suffered as a result of her mastectomy and after the second surgery.  “It was awful after.  I couldn’t stand looking at myself, because one side was flat and the other side was normal. I thought I was prepared for the visual effect of seeing this void because I just wanted the cancer removed.”

She tried wearing a prosthesis, but found it heavy and hot in the summer.  Wendie had breast reconstruction with tissue expanders and an implant.  However, because her pectoral muscles were well-developed, they caused the implant to bulge at the top.  “It was odd-looking and very uncomfortable,” she says.  She plans to have another surgery to see if the problem can be corrected.

One day Wendie had what she thought was a migraine.  She went home to rest.  When she woke up the next morning, her vision was foggy and writing looked strange.  The next day, when the problem persisted, Wendie went to see her optometrist, who said her vision problem was due to age and a floater and sent her home.  The symptoms persisted, so Wendie saw another optometrist, who told her to go to the emergency room.  There, an oncology ophthalmologist confirmed that she had had a stroke in her right eye.  Today, she has very little vision in that eye.  Her distance judgement and depth perception is poor.

Wendie didn’t know that a stroke was a possible risk of cancer treatment.  She would like to see more information upfront about the possible impacts and risks associated with treatment.

“Information for patients is key, and preparing yourself with questions is vital.” She would also like more upfront information about the costs of treatment.  For her, chemotherapy and related medication cost $1900 per treatment.  Her insurance paid the cost, but she is concerned for others who might not have insurance coverage.

“Information sessions need to be more personalized for individuals starting on this journey, and for individuals who have a language barrier, this can be extremely daunting.”  Wendie was able to even speak to the pathologist who made the final call on the type of cancer she had.  “Just ask, your team is there to help you in any way they can.”

Wendie is grateful for the wonderful care she received at the Juravinski Cancer Centre.  Her healthcare team took time to talk with her and answer all her questions at every stage of treatment.  “You as the patient have the right to ask,” she says.  “You put your body in their hands and hope they’ll do right by you and they did.”

Wendie couldn’t have fought so hard without the support of her husband, John, who went with her to all her appointments, and was present at all the scans so he could understand exactly what was happening.  “I couldn’t have done it without John,” she says.  “My husband, daughter and son were amazing and our very dear friends, too.  Dinners would arrive at the door or they would sit with me if my husband had to be out.  I had an amazing group of people around me and for my family as well.”  After treatments she held a ‘big bash’ for the people who supported the family as a whole to thank them for being there.

To help others as she had been helped, Wendie started a charitable project in Hamilton, Ontario called Bras for Buddies, which provides a free mastectomy bra to low or no income women.  The project is run through the Cancer Assistance Program.

Before cancer, Wendie says she was like “an octopus on steroids,” always busy and multi-tasking.  Even though she now has less stamina and life is at a slower pace, “It made me stop and appreciate the simpler things in life:  sitting outside watching the birds and Monarch migration, gardening, crosswords, reading again and just taking a breath. I don’t take things for granted and I always greet the morning and evening with thanks for giving me another day, because one never knows what may happen.”