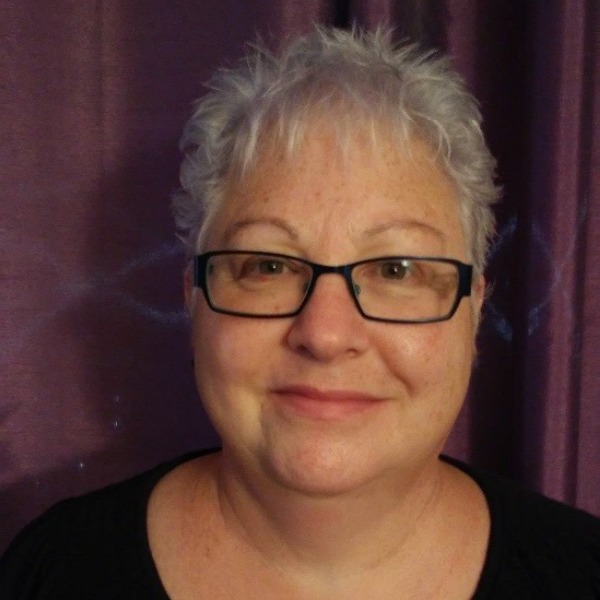 For Naomi Pickersgill, living with metastatic breast cancer and being confronted with her own mortality has been a “roller coaster of emotions.”

“Eventually the treatment you’re on will stop working and you’ll go onto the next thing until you run out of options and you die,” the Stratford, Ontario resident says. “Planning for a future is very difficult when you have your imminent death hanging over your head.  You’re living in a constant state of worry or wonder when the cancer is going to progress.”

After she found three swollen lymph nodes on the right side of her neck, Naomi was initially diagnosed with Stage III breast cancer on December 30, 2014 at the age of 52.  She went through chemotherapy and a mastectomy. Then in June 2015, it was discovered that the cancer had metastasized to the bones in her spine and pelvis.  Her treatment continued with radiation, surgery on her stomach to remove a cancer unrelated to the breast cancer and then a second mastectomy which was her choice

Every ache or pain makes her wonder if the cancer has moved into a new part of her body.  “Ordinary people would just brush it off, but I wonder, ‘Does this pain mean something?’”

Her worries peak every three months when she visits her oncologist for tests to see whether the cancer is growing.  So far, her treatments are working.  She is currently taking letrozole for her hormone receptor positive breast cancer and Xgeva injections for her bones.

Naomi says that because of her cancer diagnosis, “My self-confidence really went downhill.  It made me question my decision-making.  I had no faith in myself.”

She also has issues with her body image.  Before cancer, she was pleased with her breasts, which she could use “to deflect my concerns about my weight. My husband has been great—he likes my fuller figure.  But now I don’t feel nearly as feminine as I did before.  It’s affected our sex life because I don’t feel attractive.”

Because of her cancer, Naomi had to leave a full-time job.  She now relies on the Ontario Disability Support Program and Canada Pension Plan Disability Benefit, as well as her husband’s income.  He works six days a week to pay the bills. Their car is a 2004 Toyota, which Naomi hopes will last for five or six more years.  With smart shopping and watching for sales, “we do okay,” says Naomi.

To help deal with depression and stress, Naomi sees a social worker at Cambridge Memorial Hospital, where she is being treated.  She also belongs to a Facebook group for women with metastatic breast cancer and attends weekly meditation sessions at Wellspring, a non-profit cancer support centre.  “It’s nice to know other women in the same position,” she says.  “They understand the worries, the side effects.”

Her husband has been a huge supporter.  “He has been amazing.  He did everything for me:  gave me Neulasta injections the day after my chemotherapy treatments, did the cooking, grocery shopping.”

Her older sister, Freyda, was another source of support.  While Naomi was going through chemotherapy, Freyda visited and stayed over at Naomi’s about twice a month. Freyda was at the hospital when Naomi had her mastectomy. Naomi can’t even express how much that meant to her. “To have the support of my sister was incredible,” says Naomi.  “I don’t know if she will ever understand how important she was to me.”

When Naomi was receiving chemotherapy and losing her hair, her adult daughter, Rebecca, surprised her mother by cutting her long, thick hair and donating it to make a wig for a woman with breast cancer.  Rebecca and her sister, Amy, visited Naomi and helped her shave her head.  “Some women are afraid of losing their hair, but I thought, ‘It’s either my hair or my life,’ and I’d rather have my life,” says Naomi.

Naomi looks forward to her daughters’ weddings, which she hopes to be alive to attend.

She says that “after time, you get better at living rather than waiting to die.”  She even confesses to being bored at times, and would like to have a part-time job.

From her experience with cancer, Naomi has learned, “I’m stronger than I thought I was.  It would have been nice if someone had told me at the beginning of all this, ‘You can get through this,’ because I have survived.”