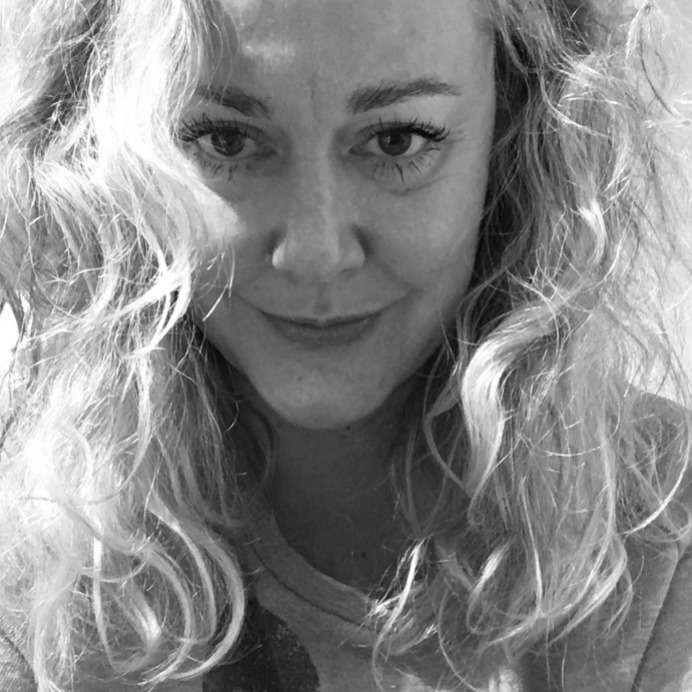 Two days ago, my lower back seized and then, seemingly stuck. Never have I ever had back problems. Yet, here I am frozen with body-gripping spasms. I can’t roll over in bed, stand up straight or even wipe my bum without yelping loudly. Thank God, and I don’t say this lightly, I was able to call a friend (who suffers from chronic back pain), who called her chiropractor, who graciously booked me in at the end of his appointment-packed day.

When I arrived at the downtown clinic, a small part of me really wanted to tell the chiropractor that the pain was the result of exercising or that I’d picked up a heavy box.  Anything was better than the truth: that I’d barely moved from my cozy, blanket ensconced, horizontal position on the couch/bed for the past seven days and yet, had somehow randomly injured myself. I mean, seriously. But I couldn’t do it. The heaviest thing I’d picked up was a box of Purdys Sweet Georgia Browns. So even if I had lied to save face, my 30 extra pounds of milk chocolate/Tamoxifen-induced weight would have given me away, firmly stomping my pride and reality back into place. Because according to the chiropractor, my fat ass is the culprit for my pain.

I can’t say I’m completely surprised. My ass is twice as large as it was pre-Tamoxifen two years ago and I’ve near incessantly sat on it for just as much time, so something negative was bound happen to my body as a result. To be clear, I’m grateful my pain is straightforward and easily corrected and that I don’t have a slipped disc or an impacted spine instead. But still. knowing that a compromised, tight muscle in my right gluteus maximus is causing debilitating lower back pain all because I don’t have the energy to get up and move around is beyond words. Well, maybe not the cussing ones.

I curse Tamoxifen. Fairly, unfairly, rational or not, I don’t care. Being on Tamoxifen has had so many domino repercussions on my body that I don’t even know where to begin. It contributes to my lack of energy, forcing me to laze around the house and now, literally, become a pain in my own ass. So this is not the first time I’ve pointed my finger at the chemo-infused drug and it won’t be the last. I hate that I’m prescribed to take it for three more years and for what it continues to do to my body—the weight gain and beyond. Tamoxifen may be playing offense against breast cancer by reducing my risk of a recurrence, but as far as I’m concerned it feels like it’s taking pot shots at my hips, joints, nervous system and hormones, while I stand centre ice, trying to perform the best defense I can.

Playing a part in my recovery and being accountable for everything that happens to and for me is important to me. Like not lying about exercising and how I know that eating an entire cat-illustrated tin of homemade whipped shortbread and the aforementioned chocolates by myself is guaranteed to make the backside of my sweatpants tighter. I can also admit that cookies are my kryptonite—especially when my sister Alida makes them, which she did—and since I live alone and don’t have anyone to share them with I’ve eaten them all by myself. Happily too. But, I’ve also promised myself that I will replace the empty containers with a full bag of carrots, a side of hummus and regular exercise.

Not long ago, I was exercising regularly. I’d bought a yoga mat and three-pound hand weights to supplement the on-demand, online Barre Blend class I’d signed up for. I was committed too, pressing play before breakfast five times a week and in general, feeling pretty proud of myself for sticking with it. After six and a half weeks of consistent 30-minute workouts though, my energy started to dwindle. The fatigue crept in, slowly at first, but by the time my next consultation with my oncologist rolled around, I was exhausted. After listening to my concerns and symptoms, both he and the doctor of acupuncture and Chinese medicine I had an appointment with later the same week told me to roll up my yoga mat and rest for the next three months. So I did. Lying on my couch in the same position I’d sunk into it post-breast cancer surgery and during treatment. Sometimes I’d nap with my cat Trixie-Belle, her purring body curled against my stomach, other times I’d make my way through Shonda Rhimes’ 16 seasons of Grey’s Anatomy on Netflix. And it all contributed to aiding and abetting my expanding Tamoxifen-ass the chiropractor attributed my lower back pain to.

Taking One Step at a Time

Back pain, low energy and a bubble butt aren’t the only parts of my body the drug has stamped its mark on. My face or more specifically the collagen that used to plump out my face has also taken a hit. To be fair, my facial collagen had already been slowly trickling away with each biological year I gained. Now however, courtesy of my daily dose of meds this process has fast-tracked, sucking my skin’s collagen dry, leaving only crow’s feet and fine lines in its place. It only took about 72 hours after ingesting the first pill to witness this change too.

My youthful glow may have been compromised by breast cancer— you know, the stress of finding the lump in my armpit, the multiple biopsies on said lump that followed, being told I have breast cancer, having a partial mastectomy surgery, waiting for the results from the OncoType DX genomic testing of the tumour and what felt like endless rounds of treatment—but Tamoxifen has amplified its impact. I feel like I’ve aged 10 years. And there’s no secret loophole or way to avoid it either. Tamoxifen literally blocks my body’s ability to create collagen boosting, anti-aging estrogen. As a beauty writer I understand the science behind this, but as a single, divorced woman with one foot back in the dating game who wants to fall ridiculously in love, it’s a hard hurdle to step over, especially in a digitally-oriented society predisposed to swiping left on anyone with too many facial lines.

What can’t be as easily dismissed is my almost-always present hip-joint pain. Within 24 hours of swallowing my first 10 mg of Tamoxifen, I went from sprinting up and down the stairs in my condo to needing to ease myself, often sideways and clutching the railing, down each step, one at a time. Stretching helps, so when I can hold my bladder long enough, I perform a series of moves to loosen my hips and hamstrings before getting out of bed in the morning. My need to pee though, often two, three, 12 times a night after I’ve turned off the lights and closed my eyes can be treacherous, as I scale the stairs stiff legged with a penguin-like gait, fumbling to make my way quickly and safely to the bathroom downstairs. I haven’t tripped or fallen yet, but I’m young. Too young actually, to be able to compare hip pain with my dad who’s undergone replacement surgery twice. I don’t, but I could if I wanted to. Again, the hip-joint pain and the frequent peeing don’t surprise me. The doctors warned me that they are two of the 37 commonly experienced side effects of the drug. They rattled this information off to me in the same vague way they shared the additional 24 uncommon and three rare Tamoxifen pitfalls, as well.

Weighing the Pros and Cons

Tamoxifen is not a kind drug and it definitely hasn’t been easy on my body. All the medical staff I’ve worked with say it’s a simple enough prescription to manage and I guess it is when you compare it to the exhaustion, mind fog, vomiting and blinding headaches that radiation and chemotherapy treatment can bring. Still. Hot flashes that feel like my body is made of gasoline and someone has thrown a lit match down my throat, bed sweats that leave me shivering in a pool of my own perspiration and a tight, sandpaper-dry vagina that has me praying to never have sex again are only a handful of the additional symptoms I experience every single day.

My post-breast cancer healing could be worse though and I know that. I’m aware of how easily I’ve escaped further trauma. And death. Forward facing is my perpetual M.O. But after taking Tamoxifen for two years and constantly dealing with the daily bodily ramifications now has me contemplating the odds, my odds of going cold turkey and not looking back. I’m not saying I’m one hundred percent there yet, but I’m thinking about it. Time will tell. It always does.

Adriana Ermter is a multi award-winning writer and editor. Her work can be read in Figure Skater Fitness and IN Magazine, as well as online at 29Secrets.com, RethinkBreastCancer.ca, Popsugar.com and AmongMen.com. The former Beauty Director for FASHION and Editor-in-Chief for Salon and Childview magazines lives in Toronto with her very spoiled cat, Trixie-Belle. You can follow Adriana on Instagram @AdrianaErmter