Reducing the risk of hereditary breast and ovarian cancer: one woman’s story 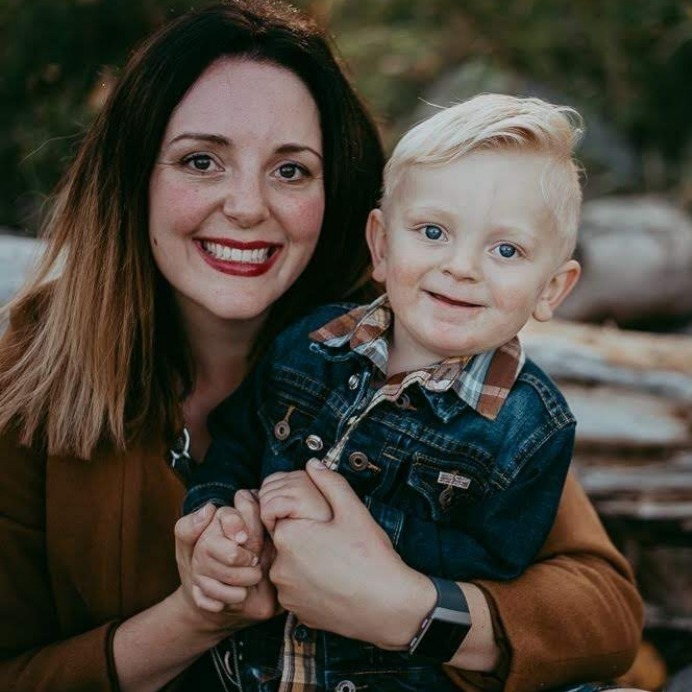 She didn’t have cancer and she is perfectly healthy.  However, a strong family history of breast and ovarian cancer had led her to get genetic testing, which revealed she had a BRCA1 gene mutation, putting her at high risk for these cancers.

She says that normally, a prophylactic surgery is performed at age 25 or later.  But her risk was so strong that she had hers at age 23.

Her surgery involved a cut underneath the breast, sparing the nipple.  The breast tissue was scooped out and a tissue expander inserted behind the pectoral muscle.

During the skin stretching, “There was so much pressure applied to the nipple that the areola actually lost its colour and was misshaped,” says Allegra.  She had her areola tattooed to restore the colour.

That was not the end of her breast surgery.  When she later fell and injured her breast, the surgeons tried to repair it.  They were concerned about the possibility of lymphoma, and so they took extra tissue out and sent it to a laboratory for analysis.

The results were negative for lymphoma, but Allegra was left with a breast that was “kind of droopy, not looking quite so pretty.”  She felt very self-conscious and wanted to hide her appearance from her husband.

“It put me in a bit of depression, thinking `Oh, he’s not going to think I’m beautiful anymore.’  That kind of hindered our physical relationship.”

Another surgery restored a somewhat better appearance.  “They tried to fix it and it wasn’t quite fixed.  But I thought, `I’m just going to move on with the rest of my life,” says Allegra.

In 2017, Allegra and her husband were having difficulties in their marriage, and they separated.

While Allegra’s risk of breast cancer is greatly reduced, her risk for ovarian cancer remains high.  At age 34, she will start screening for ovarian cancer. She also needs to decide whether to have surgery to remove her ovaries and uterus.

“Ideally they would like me to make the decision before I turn 40 because that is when my risk is at its highest.  So that decision is probably the scariest for me because as a nurse, I know how impactful estrogen and the ovaries are to a woman’s health, especially heart health and bone health.”

Allegra is considering hormone replacement therapy because, she says, “Surgical menopause would kick in right away without a natural progression through your lifetime.  So it is a very big shock to the body.”  She has a lowered risk of breast cancer because of her mastectomies, so HRT is less risky for her than for other women who still have their breasts.

Allegra says she had “great care” from the general surgeon and plastic surgeon who performed her mastectomies and reconstruction.  However, she lacked information designed specifically for a prophylactic mastectomy.  Most of the information she received was aimed at breast cancer patients.

She would have liked to know more about how her breasts would feel post-mastectomy and what the process was for surgery and recovery.  She also didn’t know what items to pack for her hospital stay.  In addition, she wanted more support for her husband.

She says that her breasts now have decreased sensation.  “Your chest will get very cold quickly and you won’t notice,” she says.

She recommends a lanyard to hold wound drains while showering (wound drains are plastic tubes that are attached to the surgical site to drain fluids; they are removed a few weeks after surgery.)

She also recommends asking lots of questions of the medical team and of other patients who have been through the same experience.  She says that Breast Reconstruction Awareness Day, held in October each year, and the Hereditary Breast and Ovarian Cancer Society are good sources of information.

To other patients embarking on a similar journey to hers, Allegra says, “This is not a journey that you have to do by yourself.  Surround yourself with your family.  Surround yourself with the people you love.  Don’t isolate yourself.  You have the opportunity to make a decision for you.  Don’t allow anyone else to make that decision for you.  If screening is the way you want to go, just do a screening.  If you change your mind, that’s okay, too.  You are the master of your own body.”