Retaining control of your medical record, remaining hopeful and persevering 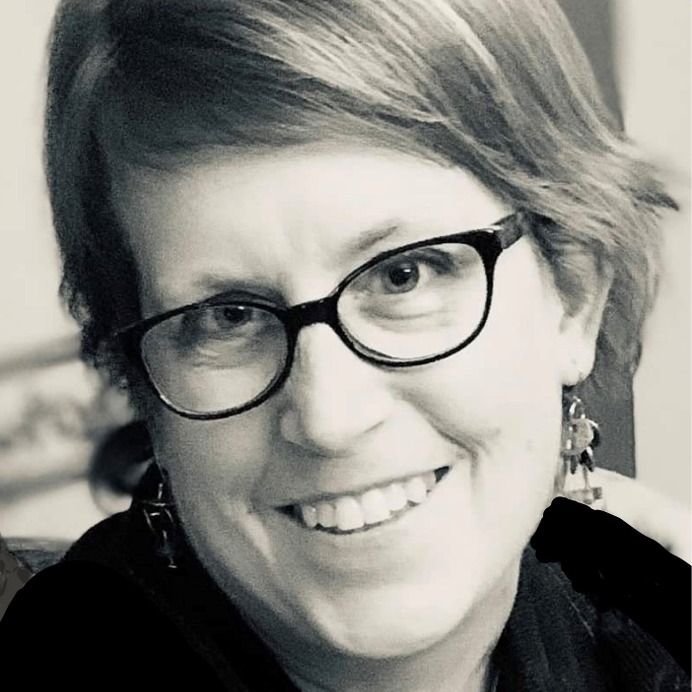 I am a 43-year-old mother of two amazing children, I have been in love with my wonderful Martin for 20 years now and I am a research professional in the health sector. Until August 2018, I was considered a breast cancer survivor. My cancer had been treated in the best way possible. My son was not yet one year old at the time (in 2012). I went through chemotherapy, radiotherapy, hormone therapy, a mastectomy and, finally, a breast reconstruction.

In September 2018, my family and I were hit by a meteorite. In the blink of an eye, I went from remission to a death sentence in a (too) near future. My children were only seven and nine years old. My new diagnosis was final: metastatic breast cancer (stage IV) with metastases in my back, pelvis and lungs. For the mom I am, this totally unexpected recurrence was an appalling, incomprehensible, and unfair tragedy.

Back in 2012, to keep my family and friends in the loop, I ran a personal blog recounting what I was going through and my state of mind. I tried to be as honest and funny as possible. On the one hand, I reported on the various administrative snags I encountered as well as the strange bureaucratic process I had to navigate. On the other hand, I described the fantastic resources hidden in our gigantic health system and the wonderful human beings I met. My posts were already emphasizing the importance of taking charge of your medical file, defending your choices and rights, keeping yourself informed as much as possible, asking as many questions as necessary to feel reassured, and remaining hopeful. However, when I learned about my recurrence in September 2018, I did not find the energy to pick up my blog. I wanted to write, but I did not have the strength nor the ability. On top of the dreadful diagnosis that was prematurely leading me to death, I had to endure an ordeal more terrible than anything I had faced since 2012.

Each day from March 2018 to September 2018, I felt a growing pain in my back, hips, and legs. Subtle at the beginning, it became intolerable. After a scan, and appointments with two osteopaths, two physiotherapists, three doctors, one chiropractor, one massage therapist, and one acupuncturist, I went to the emergency room of my local hospital. I was in a wheelchair, unable to stand up without screaming from pain. Another scan and eight hours later, a young and well-organized emergency doctor, Dr. D., told me bluntly with the sensitivity of a scarecrow that my back and my hips were full of metastases.   TCHAKKK!

The next day, sitting in my wheelchair, I met Dr. Pearson, an oncologist in charge of reviewing my file, and Dr. A., an orthopedist who had to assess the condition of my legs and my back. The latter had a harsh verdict for me: “You have multiple small fractures in your pelvis and your spine as well as a severe fracture in your right hip.” In the midst of my turmoil, I dared to ask him what he could do for me. His answer still echoes in my head: “You’d better get used to your wheelchair because it will be your best friend for the days you have left.” TCHAKKK! And, to avoid being asked a second question and having to explain in an even more detailed manner my situation, he added: “Brittle bones and metastases don’t repair themselves. It is impossible for me to perform surgery because the bones around your hip are too deteriorated. You should have come sooner...” TCHAKKK! TCHAKKK! And RE-TCHAKKK! I was broken physically, emotionally and spiritually.

The first few days of my new life in a wheelchair were hard. I had to bear the gaze of my panicked children, go through chemotherapy and, with great difficulty, share the bad news with my loved ones. But a new surge of hope prompted me to ask for another appointment with said randomly assigned orthopedist. I had a few days left to my life, maybe 900, 300 or even only 82. No prognosis could be given. I wanted so bad to enjoy each and every day with my children as I always had. I was not dead yet. And I refused that a useful part of me (my legs) would die before me. Despite my smallness and anonymity, I begged him to review the situation and assess if there could be another outcome, or unusual attempts made, or if he knew a colleague who would be willing to perform an unconventional surgery. I was ready to try anything. I had nothing to lose anyway. My insistence got him thinking and he suggested sending my X-rays to a colleague who specialized in both oncology and orthopedics at the Maisonneuve-Rosemont Hospital, Dr. Mottar. Phew! I felt listened to. Two days later, in the evening, I received a call at home from my orthopedist. He wanted to let me know that his colleague could not do anything for me despite her superior knowledge. He reported verbatim Dr. Mottar’s statement: “I don’t perform miracles.” Some words you just never forget but I still wanted to believe in miracles.

My treatments continued and I learned to live in a wheelchair in my non-adapted house. I was not allowed (nor able) to put weight on my right leg. I was totally dependent on my caregivers. I could not get dressed, wash myself, nor cook. My children could not recognize their mom, once lively, smiling, and there for them.

Finally, the right medication to manage my pain was found. Unlike my autonomy, my mood slowly improved. I had worked with physically disabled people for over ten years. I knew about the recent incredible strides forward in this field. I saw several patients overcome insurmountable barriers. I still had some hope left, and I could not bring myself to think that it was impossible to replace a few bones with a prosthesis, to glue or tinker something, or even try something. I set out in search of other specialists in oncology and orthopedics. I talked about my condition to every doctor I met: my family doctor, my cousins, my friends. Finally, I got a lead. Dr. Stéfane Gaudry, a specialist in pain management, was sympathetic to my situation. She mentioned two physician friends who sometimes performed daring procedures with a cowboy-like approach to medicine. The first one worked in British Columbia and the second one, at the CHUM.

I met the cowboy radiologist at the CHUM, Dr. Tomas Moser. Even before I had a chance to tell him my story and let him know about the refusals I received, he said in a very calm manner and without hesitation, that he could certainly perform surgery, that nothing was impossible, and that he had to discuss my case with his colleagues before confirming the exact type of operation I would undergo. He also mentioned that I would recover the use of my legs (!). Had I been physically able, I would have kneeled in front of him to thank him. After so many setbacks, I could hardly believe that the solution to my problem had been here all the time, just a few kilometres away from home. I could have never met this man, never kept pushing, and never kept hoping. Martin and I felt a tremendous relief, but we refused to celebrate before we were sure that it was genuinely good news. With a slightly lighter heart, I waited for my second appointment.

My medical file was transferred to a certain Dr. Nicholas Newman, a renowned orthopedist and a strong advocate for the autonomy of individuals with disabilities. When I first met this smiling, keen, reassuring, generous and professional man, I immediately felt at ease. After a big break in the conversation, he told me he wanted, could and would operate on me! I would definitely be able to stand on my two legs! I would probably need a cane for the rest of my life, but I would be capable of walking. I would be able to stand when cooking, brushing my daughter’s hair and even holding my son in my arms! A miracle was just around the corner.

Soon after surgery, after over six months in a wheelchair, I stood up on my two legs, strongly supported by my new right hip held in place with long screws—a special deal at Rona according to Dr. Newman. ;) The next day, I walked a few steps in my room. The day after, I walked across the hallway, then around the department. I was walking again: I had my little miracle!

After some months of rehabilitation, I was almost walking like I did before. I stowed my walker away. Recently, I put my cane at the same place. I started to drive my car again. I also hopped on my bicycle. I went back to the life I had in September 2018. Every day, I tend to the numerous metastases creeping into my body, but I live, I go forward, I fly. I get out of the house, I move around, I dance with my children. And every day, I thank myself for keeping on hoping, retaining control over my medical file, taking matters into my own hands, having the courage to ask questions and the will to believe in miracles. I must not forget to mention how fortunate I was to have little angels by my side to keep the household running while I was trying to get back on my feet. Those people gave me the time I needed to take care of my medical situation. I never cease to think of the many individuals who are not as lucky because they are either alone or too exhausted to seek help navigating the health system maze. I invite them and their caregivers to remain hopeful, to retain control of their medical file, to give their opinion, to stay proud. Thus, they can have enough information to go down the right path, find the right people and receive good care throughout their medical journey.