Cancer is her fourth major illness 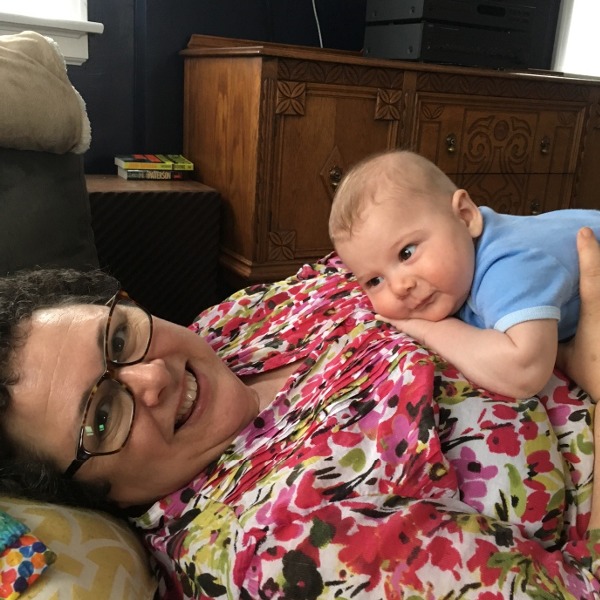 When Kim Bulpitt was diagnosed in March 2016 at age 53 with breast cancer, it wasn’t her first experience with serious illness. The Kitchener, Ontario resident was previously diagnosed in 1979 with kidney disease, in 2008 with Parkinson’s disease, and in 2012 with osteoarthritis resulting in replacement of both knees in 2014.

Says Kim, “The most difficult thing for me about breast cancer was coping with yet another major illness on top of what I already was dealing with. Anger and fear were the strongest emotions.”

Kim’s early-stage triple negative breast cancer was found through a mammogram and biopsy.  Her treatment choices were extremely difficult because she had drug conflicts with her Parkinson's medication and concern from her kidney specialist about some of the cancer drugs causing more damage to her kidneys

“Luckily my team of specialists communicated together to work out a treatment plan,” says Kim. “I still have fears of it returning as my treatment was altered to accommodate my existing medical issues.”

In addition to chemotherapy, Kim received surgery and radiation, which resulted in lymphedema.

“Lymphedema affects my left side, the same side as Parkinson’s and cancer, so getting the compression garments on every day is not only a battle but a constant reminder I had cancer.”

Kim was also concerned about whether her cancer was inheritable.  “I have two daughters so I did have genetic testing to make sure for their sake that there were no issues. All was clear there.”

Anger and fear were the strongest emotions.

Having multiple illnesses at the same time creates a bigger fear for Kim beyond the fear of cancer recurrence. “I can no longer just dismiss every new ache or pain to Parkinson's. So depression is a greater issue and difficult not only for myself but my family.”

To help her cope, Kim joined a support group. “It helps a lot, but most people there have different hormonal-related cancers for which they are still under treatment. Because triple-negative breast cancer has no targeted therapies, it leaves you hanging hoping for the best and keeping your fingers crossed.”

Kim is very grateful for the support of a very close friend. “Ana Pluim was at every chemo treatment with me, helping me pass the long days of treatment. Through laughter and tears, she gave me the strength to get through my difficult treatments. My treatments were scheduled for four hours but due to mild reaction to the drugs, I usually was there six or more hours with my dearest friend by my side the whole way.  Ana has two teenaged daughters. That she was so giving of her time still amazes me.”

Kim’s husband, whom she married just before her cancer diagnosis, is another great support.  “Guilt also controls me as my spouse has yet another burden.  Having said that, he's a very understanding person and I'm very lucky to have him in my life.”

She also delights in her grandson, Charles Thomas, born on December 1, 2016.  “He was a blessing all through treatment knowing he was on his way to us,” she says.

Religious faith is a further source of support for Kim.  “My faith is strong, so I realised pretty quickly that being negative would do me no good.”

“I now look at it as a blessing for all the wonderful people who I have crossed paths with, who otherwise I would never have met if cancer had not reared its ugly head.  If I can help ease someone else's anxiety, fears, or questions, then I have successfully dealt with my own fear of cancer and positively can move forward with my own healing.”