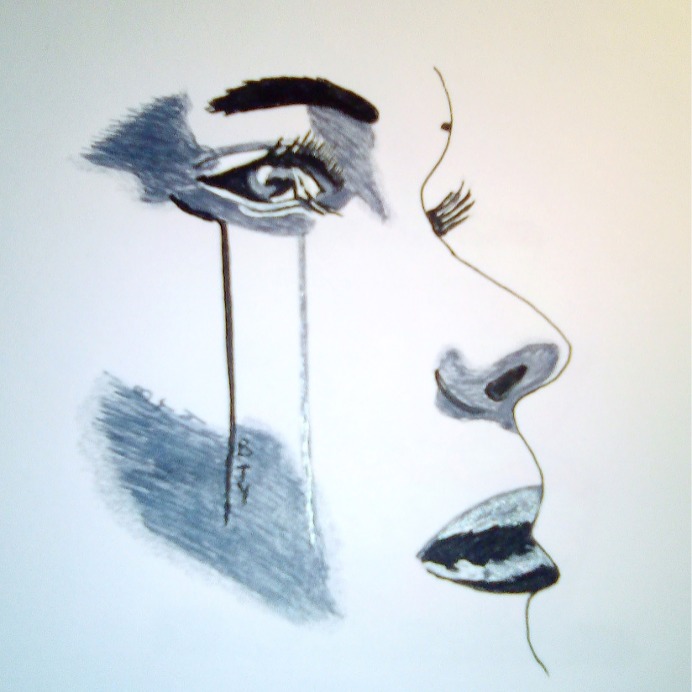 I am a 51-year-old woman from the Loire Valley. I live near Orléans, 120 kilometres south of Paris. I grew up surrounded by women. I am the youngest of five sisters; twenty years separate me from my oldest sister and ten years separate me from the fourth one. Our mother received her breast cancer diagnosis in 1985 and at the time, cancer care was awful. My father died from a cardiac arrest in July 1986, probably caused by grief. My mother was brave and fought as much as she could, but she passed away in May of 1989 when I was 20 years old. Because of her breast cancer diagnosis, my sisters and I have closely monitored our risk of developing breast cancer.

In October 2015, I called my third sister, and I was shocked to learn that she had inoperable pancreatic cancer. I knew that without care, it was almost incurable. I remember screaming: “It’s impossible! It’s impossible!” My sister had always been very gentle with me, she used to take care of me when I was a baby, cuddling me and changing my diaper. I was difficult finding out her cancer diagnosis.

A few days following our conversation, I went for a routine mammogram. The radiologist was concerned about a 4-millimetre spot that she found but she reassured me by saying that, given the size of the lump, it was probably only a calcification. I came back a month later to provide a sample, but the radiologist was unable to reach the 4 mm lump. Another month later, I came back for a Mammotomy biopsy. I was stressed throughout the procedure which took over an hour. It was uncomfortable experience, having to lie of my stomach while the problematic breast was pressed by a machine.

In February 2016, I received the results from the biopsy. And yes, I too would have to fight. I had prepared myself for this diagnosis, but somehow it was still hard to hear. Then the questions started: Will I suffer? What will my treatment plan be? Will I die? and so on. A month later following my diagnosis, my surgeon explained, very coldly, that he would need to remove one third of my breast and that I would need 25 rounds of radiation. I must say that compassionate support was rare. While the surgery went well, seeing my operated breast discolored, misshapen, and very sore was distressing, as was the care provided! In November, I underwent a pan hysterectomy due to the side effects of my breast cancer. As a woman, it was quite a shock having to undergo two operations that affected my femininity.

My sister who had been diagnosed with pancreatic cancer also had to go through 25 rounds of radiation. We started and finished our treatments on the same day. I don’t think it was random or by chance. Even though we were more than 400 kilometres apart, we were fighting together.

A month later following my radiation, I learned that my oldest sister, who had had a breast removed (mastectomy) seven years ago due to a breast cancer diagnosis, had a recurrence. This time, she was diagnosed with stage IV breast cancer, the tumor had metastasized to her brain, bones, and liver. I knew the progression of metastatic breast cancer.

My sisters had undergone several cancer treatments and even though I knew they were suffering, they never complained. During their treatments, I was not able to see them often as I didn’t have the energy, due to my own treatments. When I did see them, the had changed physically as they had lost a lot of weight and they were exhausted. But their courage and kindness set an example for us all.

The year 2016 was painful. The year ended like it had started. Those were the hardest holidays of my life. Physically, I was with my three daughters and my husband, but my mind was always with my sisters. My sister who was diagnosed with pancreatic cancer was hospitalized and had to have several surgeries. She fought with all her might, but she died in March 2017. After long months of care, my oldest sister who was diagnosed with metastatic breast cancer died in January 2018.

It wasn’t until after one year after my own cancer and treatment, that I fully realized what I had just been through. My spirits were low. I started reading more, undertook manual activities, and took time for myself. I started by taking reiki classes, I attended relaxation, sophrology, qi gong, and art therapy sessions. Although I found things to do to occupy my time, my life would never be the same after all that I had been through. In July 2019, I underwent breast reconstruction, and I had a tattoo done in 2020 in hopes to express these hardships. In addition to this, I decided to express myself online and provide support to others via Instagram and Facebook.

From five sisters, only three are still alive. The presence of my loved ones helps immensely and keeps me going. I am highly indebted to them.

Thank you for reading my story.