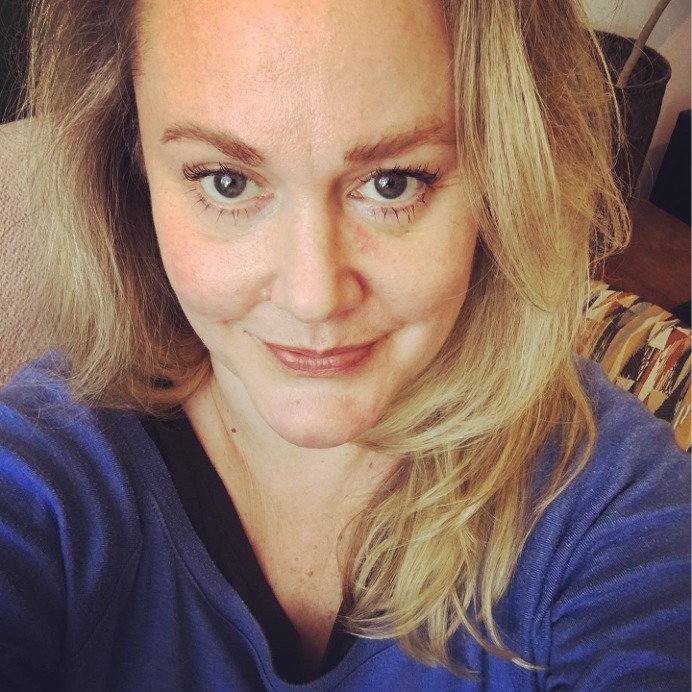 Before I was diagnosed, I rarely thought about breast cancer. When I did it was once a year, usually in June, as I was planning the line-up of pink-ribbon beauty products I wanted to feature in the upcoming October issue of FASHION, Salon, 29Secrets or whatever other magazine I was working for at the time. Other than that, it just wasn’t on my radar. No disease was really. My inner circle was healthy, well, that is if you didn’t count my mom’s dad dying of liver sclerosis from alcoholism when I was around five or my paternal grandmother passing from Alzheimer’s when I was in my early thirties.

I have snippets of memories about my grandfather and sadly, none are super-pleasant, but I loved my grandma with my whole heart. Still, her disease felt separate from me. Kind of like how I used to feel about breast cancer when I thought I was too young, too healthy and too safe because I didn’t have a familial link to the disease. Dumbass, I know. I’m not proud of my ridiculous rationale, but I’m not an anomaly.

According to Imagine Canada Sector Source, 85 percent of Canadians only invest in a cause if they believe in it. Another 61 percent will give financial support, but again, only if they’ve been personally affected. Like the former me, people are hard-pressed to be proactive about a disease let alone give a crap about it if it doesn’t hit close to home. Except that breast cancer does get up close and personal even when you think it won’t—just look at me. I don’t check any of the breast cancer boxes, not age or family history, previous radiation or cancer, BRCA 1 or 2 genes or even breast pain or discolouration. But when you do the Canadian breast cancer math, I fit multiple equations perfectly. And so might you when you take a look at these numbers.

1 in 8: This is the number of women the Canadian Cancer Society says will be diagnosed with breast cancer in their lifetime with or without meeting the disease’s criteria. For me, this is the math that hits home the hardest, because it boils down to simple addition. I have 2 sisters + 1 mom + 2 grandmothers + 2 biological aunts. Boom! I am the one in eight in my family. Because of my breast cancer status, I’ve now increased my two young, perfect, healthy and beautiful nieces’ chances of having a positive breast cancer diagnosis in their lifetime. I’m not just their auntie anymore, I’m now their familial link. It makes me swallow hard and blink fast every time I think about this fact.

3-15: The percentage of women who will have a breast cancer recurrence. Six times a year I think about these odds as my oncology team screens my breasts for new cancer cells.

56: The percentage of women who, according to Dense Breasts Canada, are in their 40s and have dense breasts. I was one of the 56 percent; I just didn’t know it until I was diagnosed. Cancer Care Ontario requires women be a minimum of 50 years to qualify for their first annual mammogram, so I’d never had one. Currently, the Canadian Task Force is pushing to reduce this testing to once every two to three years and be accessible only to women 50 years and older. It’s ludicrous. If I’d followed these rules, I still wouldn’t know if I had breast cancer, which could have advanced the stage of my cancer, increasing the risk to my health and life and elevating the treatment and its cost. While the mammogram I insisted on having didn’t detect the lump I could feel in my right armpit, it did alert doctors to the fact that I have dense breasts, which qualified me for MRI and ultrasound testing, although it took six months of me relentlessly asking for it. When I did have the additional testing, it substantiated that the lump I’d felt was real, propelling multiple biopsies, which confirmed the cancer.

4 to 6: Based on research shared by Dense Breasts Canada, this is the number of times you are more likely to be diagnosed with breast cancer if you have dense breasts.

6: The average minimum number of months the Canadian Breast Cancer Support Fund notes doctors recommend women to take in order to recover from their surgery and/or treatment. I took two weeks and yes, it was a bad decision. At the time, the company I was working for didn’t have short-term disability, was very hierarchical and my boss was unkind. Despite asking for support and providing the company’s Human Resources department with a few of solutions, I was told to use my two weeks vacation time and five sick days for all of my medical needs. Scared of losing my income, I agreed. I even wrote and shared multiple action plans regarding how I was going to maintain my workload while simultaneously undergoing treatment. I told my company I needed to work to feel normal, because I did. It would have been too stressful to worry about having cancer and the possibility of losing my job all at the same time. Approximately 24 weeks later when I wasn’t healing properly and was suffering from exhaustion, my doctors put me on mandatory part-time employment. I worked three days a week and for the first three of six months, my former employer paid my entire salary. For that, I’ll be eternally grateful. At the risk of sounding like a martyr, it’s unfathomably hard to have breast cancer when you’re single, work in an unsupportive environment and your family lives three provinces away. There’s no one to pay your mortgage, buy the groceries or tell you that everything is going to be okay. So you do what you need to do to get by.

15: The number of weeks that, according to the Canadian Breast Cancer Support Fund, employment insurance will provide benefits for people with cancer. It’s a reduced portion of your salary and not everyone qualifies, but it’s there.

38: The number of weeks, the Canadian Cancer Society lists as the average amount of time a woman spends in treatment. After my surgery, I had radiation every single day for more than two months and for the past two years, I’ve ingested a daily drug cocktail that includes chemotherapy.

14: The number of women the Breast Cancer Society of Canada says die from breast cancer every day. I refuse to become a part of this statistic. It’s why I donate to research and why I won’t shut up about the impact breast cancer has on all of us.

Adriana Ermter is a multi award-winning writer and editor. Her work can be read in Figure Skater Fitness and IN Magazine, as well as online at 29Secrets.com, RethinkBreastCancer.ca, Popsugar.com and AmongMen.com. The former Beauty Director for FASHION and Editor-in-Chief for Salon and Childview magazines lives in Toronto with her very spoiled cat, Trixie-Belle. You can follow Adriana on Instagram @AdrianaErmter